Which Disney Princess Are You? 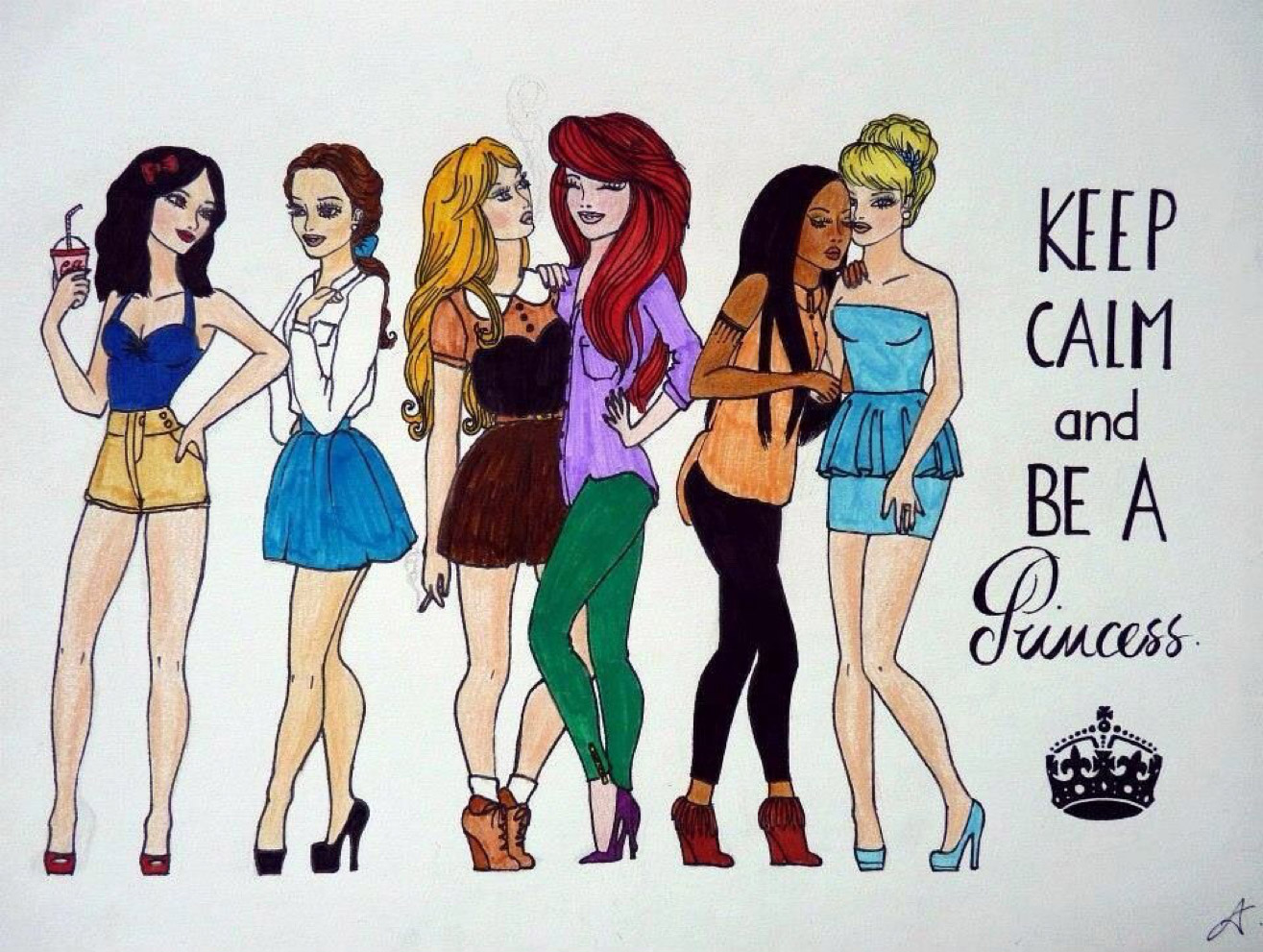 Based On The 5 Element Theory

Since the dawn of time people have been categorised; it is human nature to want to segregate people based on similarities and differences alike. Traditionally we have segregated one another based on skin colour, gender, sexual orientation, hair colour and religion. In more modern times the categorising has been more based on traits such as star signs, blood types or personality types. Since the introduction of the world wide web we have been bombarded with quizzes and questions determined to tell us who we are and how we fit in to society. Buzzfeed is the king of useless categorisation; there are quizzes asking which kitchen appliance, type of bread and arctic animal you are based on a set of ridiculous questions (Kettle, Rye and Arctic Fox for those who are interested). However we still insist on completing them, desperate to know who our 2000’s boyfriend would be (Josh Hartnett) despite knowing that this information will not change who we are or how we interact with the world. In the health world it is sometimes useful to categorise people as it helps us come to a diagnosis more easily. The amazing thing about Chinese Medicine is its ability to treat every single person as an individual and decide on a case by case basis what would be the most successful treatment plan for an optimal outcome.

In saying that, Chinese Medicine Practitioner’s do have a way to identify different types of people that we use clinically. There are many different styles and ways to treat in Chinese Medicine but one that is very commonly used is the 5 element theory. The 5 Element theory is based on the idea that everyone has all 5 elements within them but they have one or more dominant elements that makes up the majority of their personality traits and pre disposition to certain illnesses. The 5 elements are Wood, Water, Earth, Fire and Metal.  The 5 elements co- exist within us and are ever changing to create a perfect balance so we can move towards optimal health. Understanding which element represents you may help you understand why you are predisposed to certain conditions/ crave certain things or react to certain stimuli and helps us understand your treatment needs more deeply. For those BuzzFeed enthusiasts out there I’ve allocated a Disney princess to my description of each element (Disney princesses quizzes rate highly at the moment) to help the information stick but ultimately for my own entertainment.

There’s a reason I mentioned Wood first. Wood people are constantly on the go, wanting to be pushed to the limit, wanting to succeed and be the best. The main emotion that is associated with Wood is anger and frustration. Wood people often get frustrated with a lack of progress or unexpected obstacles that hinder them on their ambitious journeys. In regards to Chinese Medicine the bodily organ that is associated with Wood is the liver. The liver can easily get stagnated or blocked causing outbursts of anger and if left unbalanced can lead to conditions such as migraines, haemorrhoids, ulcers and stress disorders.

Why? She’s a serious go getter who doesn’t think her plan through, she just does it! (Ultimately saving China). She would definitely have migraines and probably terrible PMT symptoms after going through her cross dressing, China saving ordeal.

Fire people are joyous, energetic and positive. They seek fun and connection and are bubbly and spontaneous. They can often seek validation of others and seek to create joy by being a comedian or on stage. Fire people can seek external validation from others and are often not taken seriously due to their fun-loving persona. The bodily organ that is associated with Fire is the heart and the main emotion is joy. When fire people are unbalanced they are prone to anxiety, heart palpitations and insomnia/ sleep issues.

Why? Ariel is a born performer and enjoys being on stage and singing. She is lovable and people are drawn to her. When she is out of balance or stressed (i.e when she changes species) I’d be very surprised if she didn’t suffer from anxiety and insomnia.

Earth people are the nurturers. They are the care givers of the 5 element family and they do the job very well. They create a safe, loving environment for those around them and are prominent in the health sector. They seek calm and rationality. However when out of balance Earth people seek comfort in food as a replacement for emotional nourishment. The emotion associated with Earth is worry as Earth people tend to over analyse and worry about every possible outcome. The bodily organ associated with Earth is the spleen and stomach. Out of balance Earth people are prone to digestive disturbances, nausea, indigestion and excessive or deficient appetites.

Why? She spends all her time caring for 7 other people and takes little time for herself. She then seeks comfort from a (poisoned) apple and that is her ultimate downfall. Although it all works out in the end the poisoned apple most likely wreaked havoc on her digestive system.

Metal people are the perfectionists. They are intellectual, self-disciplined and highly creative usually making them very successful in their chosen field. They can be decisive, persistent and very organised. They always look put together and preened to perfection but often can be hiding a deep sadness underneath. The organ that is associated with Metal is the Lung and the emotion is Grief. The lung is a passageway from the internal to the external and when out of balance can cause issues with the skin or asthma.

Why? Princess Elsa always looks amazing but she can come across as cold (pun intended). She is covering up a deep sadness about nearly murdering her sister as a child and this expresses itself in her personality as being stand offish. She also most likely has asthma and dermatitis from the cold wind that follows her around.

Water people are clever and self-sufficient. They often enjoy working by themselves at home, seeking knowledge and their own company. They can become isolated if they don’t do enough socialising and can come across as harsh or cold. The emotion pertaining to Water is fear as water people can be driven by fear of the outside world. The organ relating to water is the kidney and unbalanced water people can be prone to cystitis, lower back pain and oedema.

Why? Rapunzel spends her days isolated from the world (albeit not by choice). She is creative and self-assured but also terrified of the world outside her tower. Her hair is about 20 metres long so therefore weigh a large amount causing some pretty severe back pain.

There you have it, a very brief interpretation of the 5 elements. Hopefully that helped give you a bit of an understanding about the 5 element approach that we use clinically. If you see yourself in any of the princesses (or maybe you see yourself in all of them) be like Mulan and make an appointment today! Don’t think just do! I will do my best to get you back to saving China, escaping your captors and vanquishing evil before you know it. 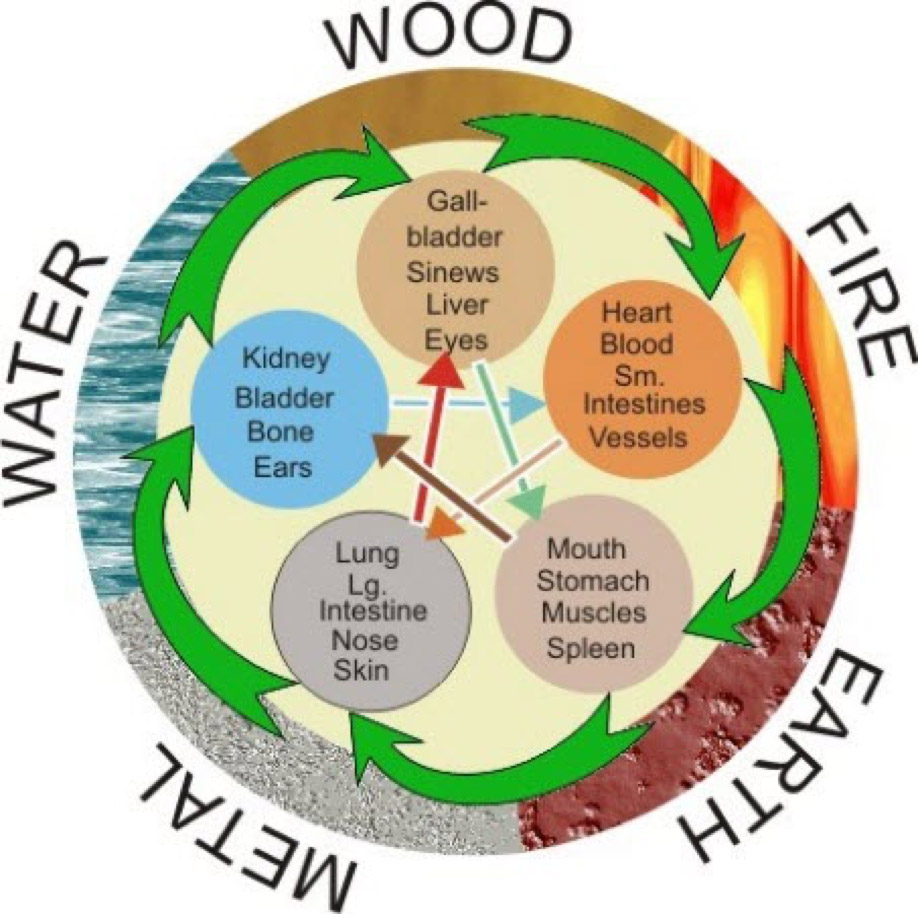